On the 14 November at 7am GW dropped this little gem their FB page. 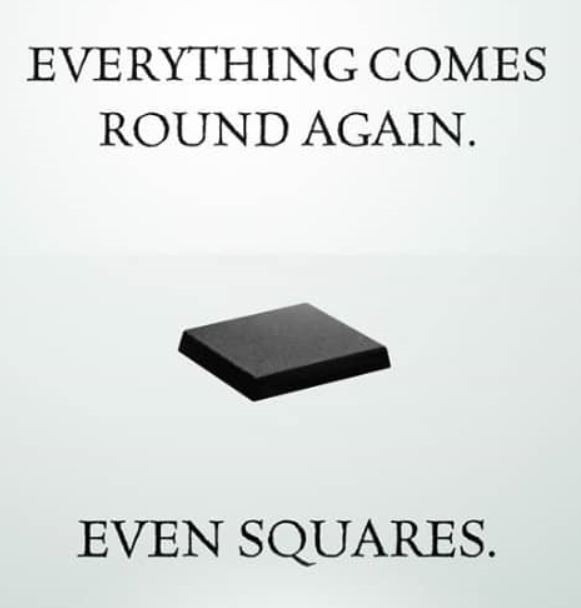 The fantasy community went into overdrive with rampant speculation about what it could mean. Were GW releasing base converters, so you could slot your old square based models into a round base (this was the one most favoured) or dare we hope against hope for a return of the old world, were they cruelly teasing us.

Whatever it was, I haven’t seen a greater bit of marketing aimed at the fantasy community in a long time, everyone I knew on forums/fb/insta etc. was speculating.

At this point the community exploded. We knew an announcement was due at 3pm gmt but he had all but stated Forge World would be releasing a 30k version of AOS in the old world.

The next 3 hours were intense (at least for me and the other however many peeps on social media) and then at 3, the community website released this article:

GW were going to be returning to the world we all know and love.

As anyone who reads this blog knows, I am one of those die hard gamers who never moved on. My heart was and is and always will be set in the old world. Yes I’ve dabbled a bit with KOW but I always return to whfb.

GW are very much a company that is great at separating us from our money and as a PLC it is their primary goal (no matter what else they may state). The fact that 5 years on, there is still a large community playing rank and flank (whether 6th, 8th, T9A or KOW) and numerous 3rd party companies have taken on the mantle of producing Miniatures for these games, as well as the roaring success of TW-Warhammer, Vermintide and the other older games bought back has rung bells at GW and shown there is still very much a market for the game and especially the backdrop.

It does feel like vindication for hanging on there when so many people had moved onto the new and shiny, our stubbornness may of finally have been rewarded.

Some people have asked, why would you go back to something where GW had butchered it and cast you aside? I’d liken it to when you dated that one crazy hot chick. Sure you might have been treated like shit but the sex was so good you couldn’t help but be drawn back for more. At the end of the day, quite a few players moved on simply because the game was no longer supported. I don’t understand that but some players are like that and anything that brings new players back is never a bad thing.

Although I dislike AOS for a number of reasons but without the success of it, I very much doubt this reboot would be happening.

So what am I expecting from the new edition? Well the first thing is, I’m hoping for a more simple rule set. I know a lot of players are against this and many 40k players dislike the 8th edition due to this but the old rule set was a bit bloated. I like what 40k did with the strength vs toughness and could see this easily being ported across. I do hope they don’t make it as simplified as the AOS rule set. This took things too far in my eyes and I think they learnt a lot from this for 8th 40k.

By their own admission, AOS is their ever biggest selling fantasy game and part of that success is the simplicity, so although i’d love for the new rule set to be similar to previous editions, i’m very much expecting it to be a hybrid. By that I mean, maintain the rank and flank feel, with similar movement rules and (hopefully) a similar magic system (as fantasy’s magic has always been a game within a game and no matter what edition, 3rd through 8th, is fantastic). I do however expect combat and shooting to be bought more in line with AOS/40K with each unit/hero having fixed to hit/wound values. These would then be modified by other factors. I almost think this is going to be a given. GW will learn from the success of AOS and KOW on this one and similar rules will definitely make new players access to the game far easier.

Size – I’m actually expecting unit size to be generally smaller. Part of the issue of 8th and possible one of the reasons it failed was the advent of the horde. Though I love 8th and the rules for hordes, it did mean that the model count grew massively over previous editions and that combined with the price of some of the models, made the entry level cost excessive. Having smaller units as standard, with the option of larger units and bonuses to units stats based on size (something they do in AOS) will mean that entry level is lower and you aren’t overly penalised for smaller units.

Scenarios – this was one thing that has given (for me) fantasy 8th it’s expanded lease of life (admittedly it was adding custom scenarios) and for me is one of the greatest strengths of Kings of War. The varied scenarios that are used to break up just playing pitched battles. It’s something AOS has done very well. 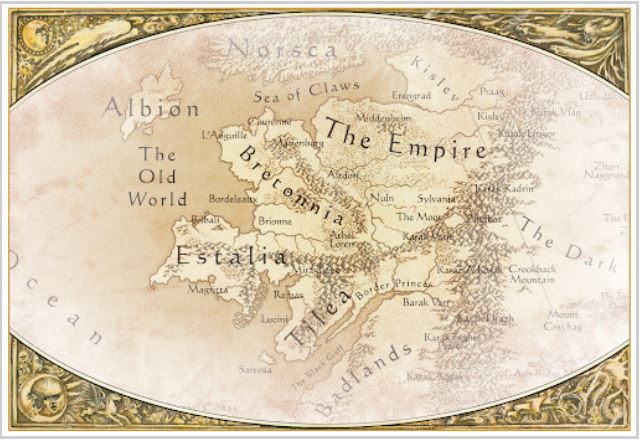 The other topic of discussion that everyone’s talking about is how far back will they go? Will it be set before the end times or further back?

In the post they published the above map. It may mean nothing but an initial focus on the old world would make sense. I’d love for it to be set in the time of legends but if they went back to the war of the beard, that would limit the armies available, though if it were around the time of blackfire pass or even Magnus the Pious (the earlier leader of the empire) that would open up a raft of opportunities. It would also allow them to produce new models to sell and that is what it’s all about.

However that said, if there were that far back, half the countries showing wouldn’t yet exist and the thing that so many players want is new Bretonnians and Tomb Kings.

The big question is what models will it use. You have to think that anything currently in the range and that was released in 8th edition and plastic, will be utilised. However, as it looks to be run by specialist games from Forge World, almost all their current range is in resin. The models are great but there is one obvious drawback, cost. On a personal note I would have loved to get a chaos dwarf army but fuck me i’d have had to have sold one of my daughters kidneys. I’m not bad off but i’m not in a situation where I could reasonable afford much from them and that would be a shame as I would really want to support this release. Here’s hoping that they do release stuff in plastic.

One obvious quick win would be to package square & round bases back in the existing range, something are already doing with certain kits. I’m also hoping that some of the great newer plastic kits that were pulled recently (Dragon Princes for one) were re-released.

I am hoping that the books released are along the lines of Alan Bligh’s Tamurkhan. That and the Monstrous Compendium are two of the finest books ever released.

The kicker is, the post said it wouldn’t be anytime soon, they are looking at years away, 2 maybe 3. This seems a huge wait and although a company like GW will always be planning at least that far ahead it does lead to two obvious questions:

The first is, why are they announcing it now when it’s so far off? The cynic in me has to believe part of the timing is to throw a bit of a spanner in the works of the release of KOW 3rd edition and much to their credit, Mantic released a response video on their you tube within an hour of the announcement and on social media they wrote the cheeky caption: We don’t destroy worlds, we build them.

My second question is, Is the timescale misleading? There have already been rumours that it is further along than has been said and there maybe a related release next year. Whether than is true who knows but even with the Sisters of Battle, they didn’t give this much notice.

Either way I could ramble on on this subject for ages. I’m stoked and very much looking forward to this, no matter how far off. We’ve waited 5 years for them to bring it back and now they will be. So i’m a happy chappy.

6 thoughts on “The Old World Lives”