I have to admit that I really like black and white sketches and pictures. It’s probably a throwback to my utter lack of talent in that respect.

Whilst I can’t claim to have any kind of extensive knowledge on the ‘fantasy’ art world, there are a couple of artists who jump out at me.

If I were to name my favourite fantasy artist it would probably be Alan Lee. His work in the Tolkien world is just phenomenal. It just bought the whole world to life and it was always his b&w illustrations that attracted me the most. His art is Tolkien’s world personified.

However some of the earliest works that caught my eye and influenced my childhood were from Paul Bonner. His sketches regularly appeared in White Dwarf towards the end of the 3rd Edition fantasy and there was a certain crispness to them and the expressions captured seemed so much more realistic that other artists.

So with that preamble our of the way, I’ll share some of my favourite illustrations from him. Ones you rarely see when searching online for his work (including a sketch of elves. I mention this as he is renowned for rarely drawing/painting them).

The picture of Muenchbek is probably one of my all time favourites but I also love the wardancer in the final picture. 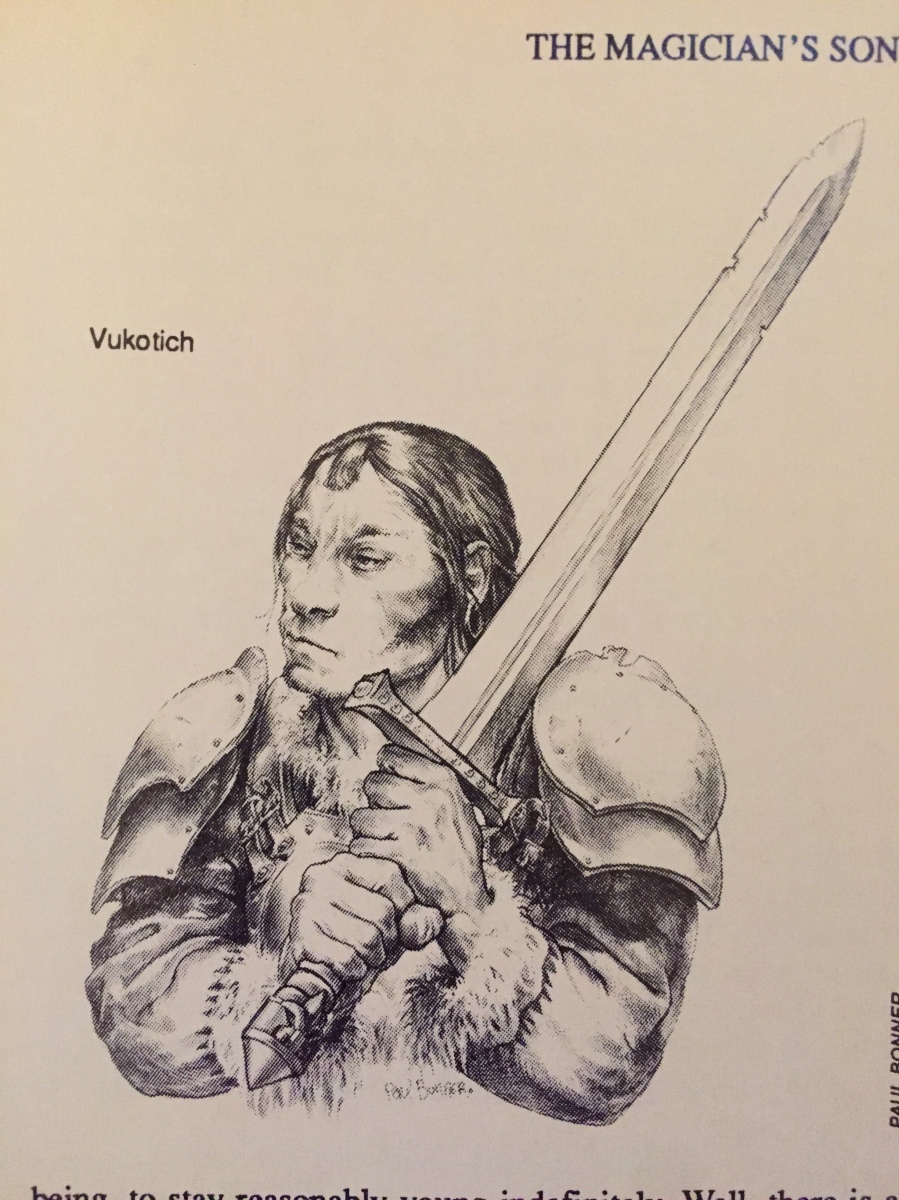 I’ll have to throw out a mention to davekay and his scent of a gamer blog who inspired the idea for this post as it is definitely not my normal fare.