Although I’m on various Facebook groups and other social media platforms I much prefer the intimacy of some other platforms, as the community just seems tighter and less prone to attracting a certain type of person. Of course the WP community is one and my other favourite is the EEFL forum.

Over the years I’ve gotten to know a number of the members really well and occasionally a ‘happy’ event is run. This is where you are randomly given a member who joins in and send them a painted model or conversion etc.

One of the chaps who I got to know in the US is Don and we’ve occasionally exchanged bits and pieces over the years. He knew I’d been working on starting an Empire army and surprised me for Xmas by sending me a ‘happy’ in the form of the below model, in order to kick things off!

He even included a little bit of fluff/message:

To help you start your Empire army I’m sending you this young noble: Sir Lawrence Vernon, sixth son of Elector Count Boris Todbringer’s second younger sister, as a conscript in your force.

May he honour you and your realm with his services during this grim invasion of covid and shine as a bright star for you as the forces of Chaos attempt to darken the skies of the Empire.

He has a massive 10k+ themed Middenheim army – hence the link to Boris.

Apart from definitely making me ‘happy’ it has also decided me on what colour scheme to base the army, something I’d been going back and forth on. It’s also a combination I’ve never used so I’m looking forward to it.

Now fluff wise, purple and yellow (or purple and white) are traditionally colour schemes for Ostermark, the province that borders Kislev at the far NE of the Empire. However I’ve always loved the fluff and location of the city of Talabheim and its location within the giant crater. So as normal, I will be making up my own fluff and tying it into that region!

As a bonus, I could also use him in my Bretonnian army, as that is much closer to completion and the fluff would be that he’d been sent as part of an exchange program of young nobles to their allies in order to learn from the masters of the mounted combat.

As an aside, I’m now working out what to send him next and I think it will be a leader of the dwarf expats based in Middenheim, (using a 3rd edition dwarf king model that I’ve had knocking around for years) 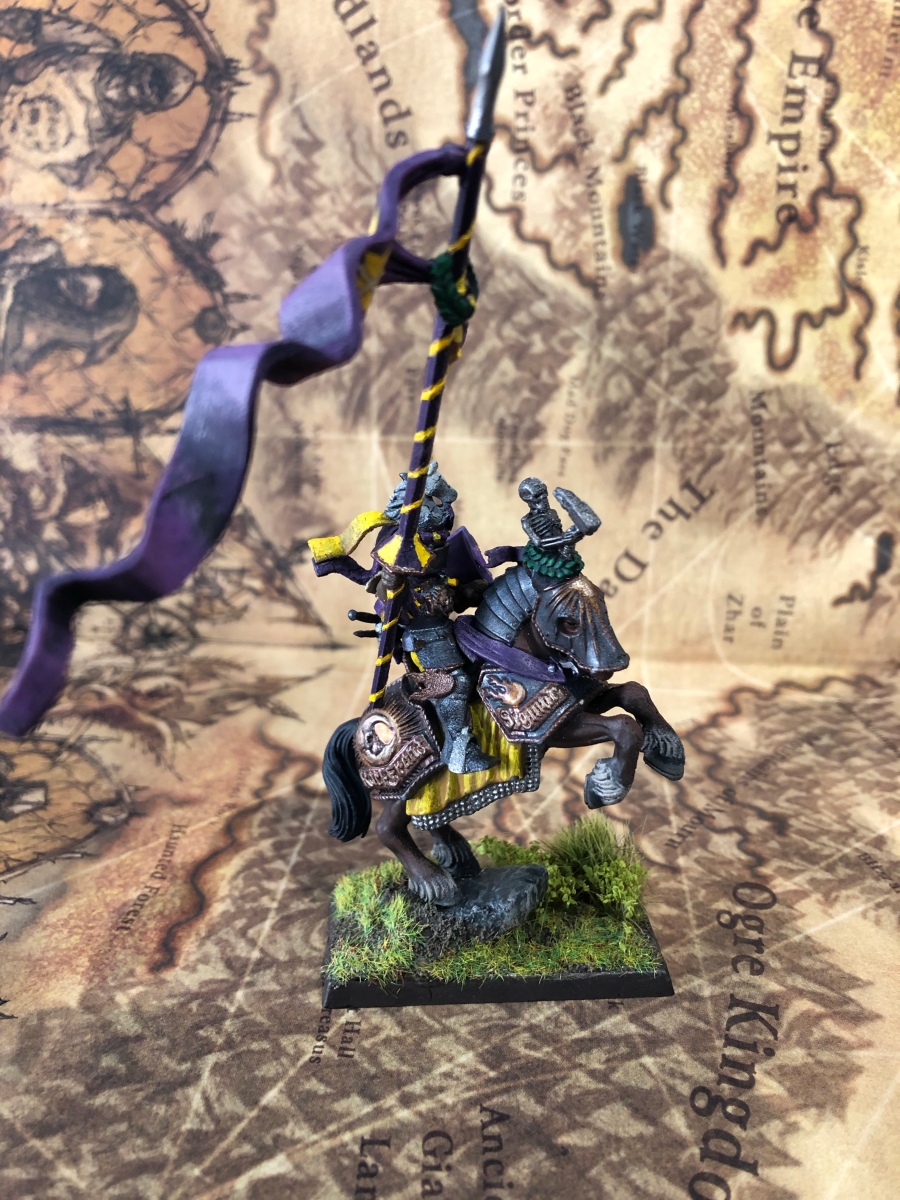 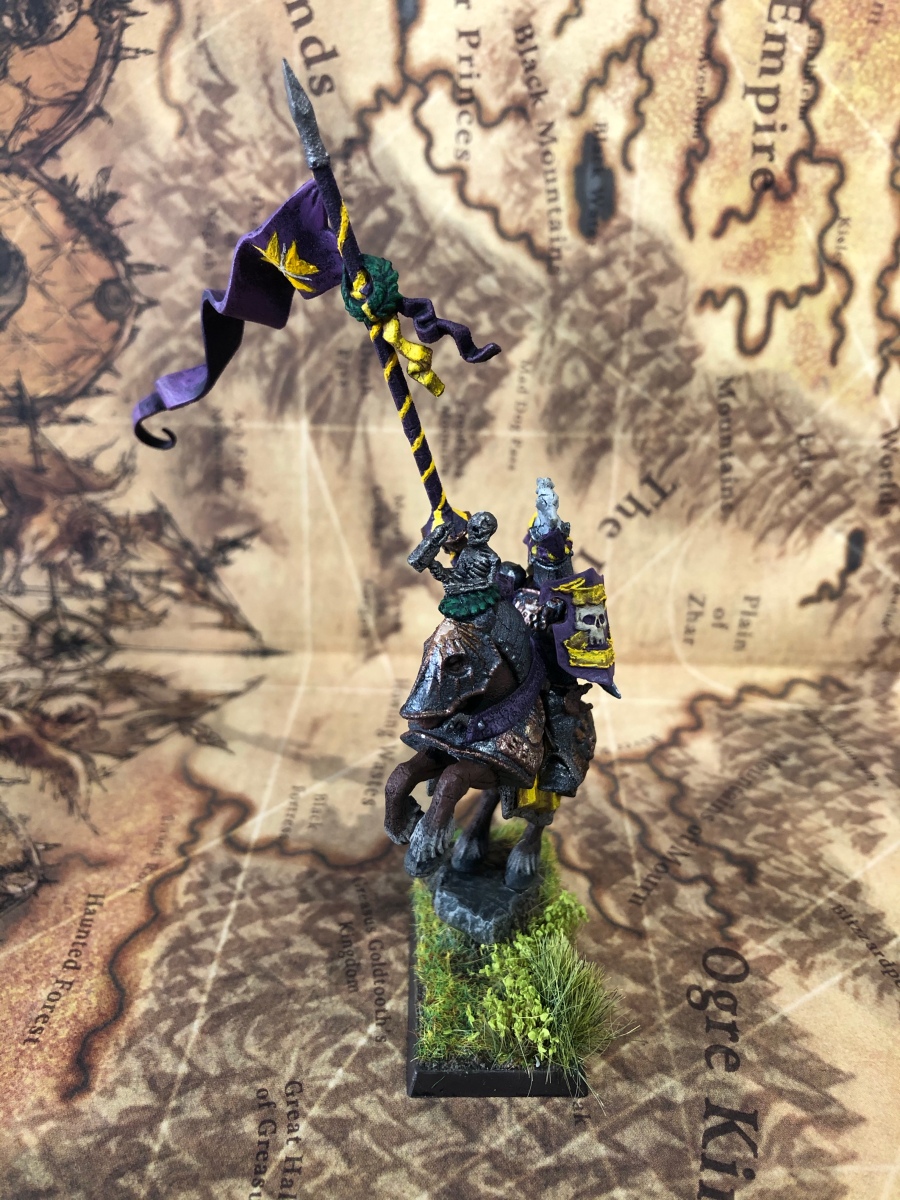 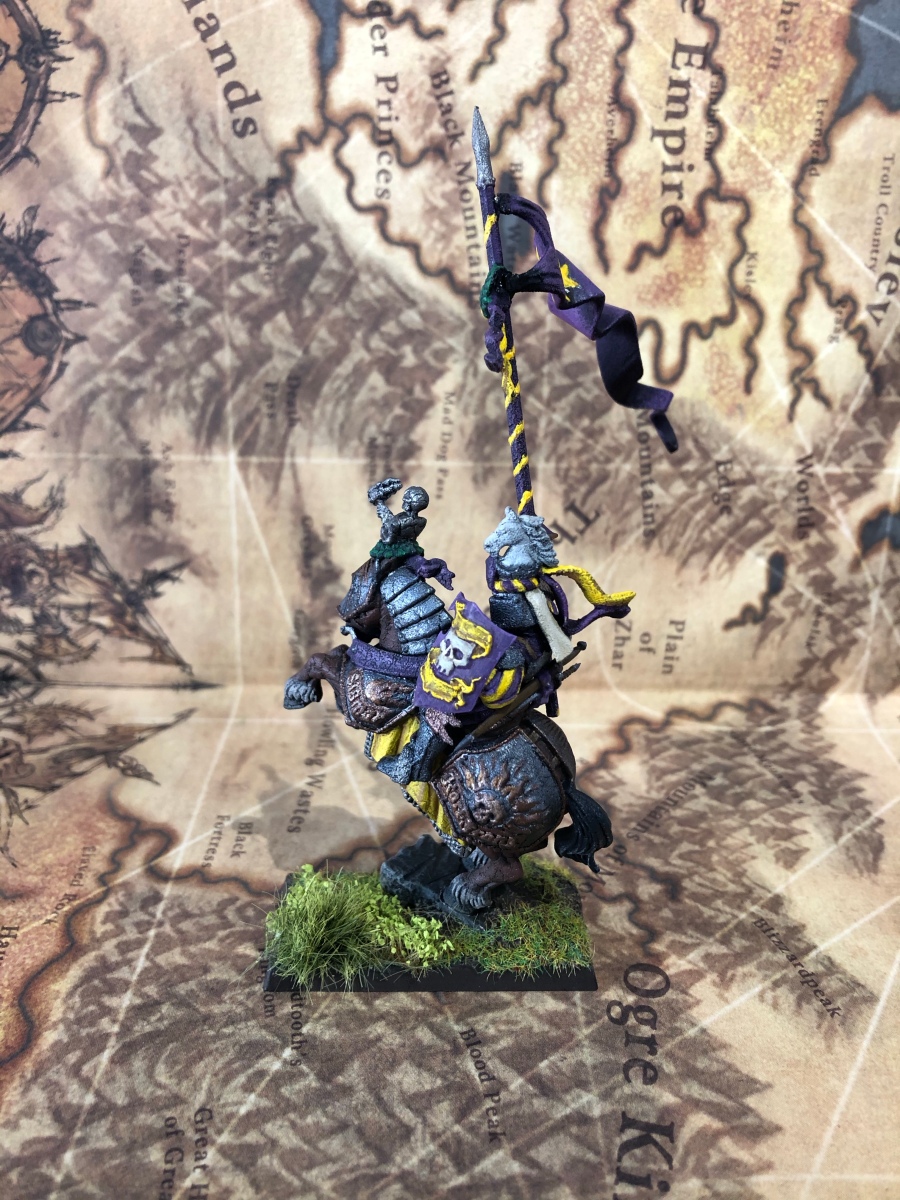 7 thoughts on “A message frooooom America”

The Tragic life and thoughts of an Inquisitor