There is a town called Tewksbury in the west of England. It’s famous for a couple of things, having a large abbey and finding itself under 6 foot of water every time the sky sneezes. What it’s not well known for is a small known fact that in the summer, it has flags with heraldry hanging from most of the buildings in the centre of town. 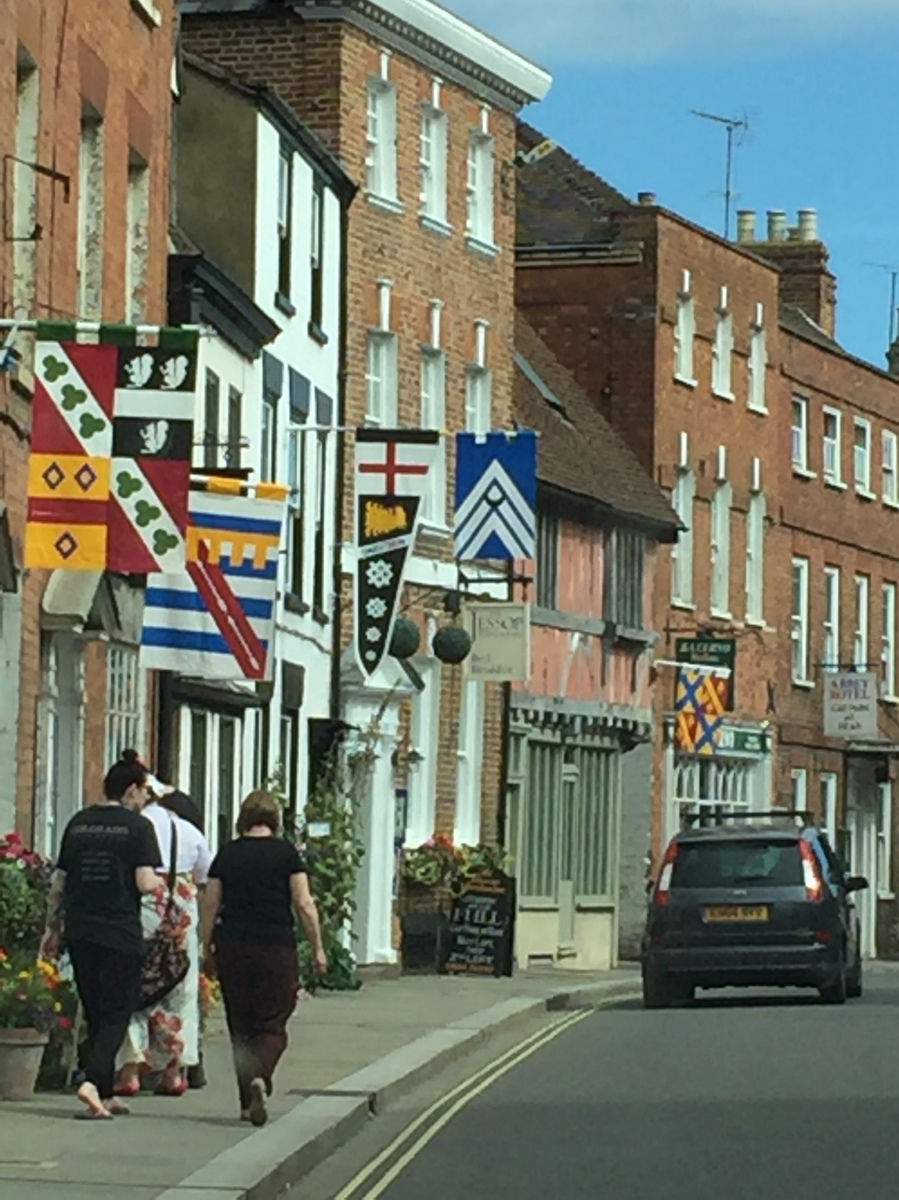 I’m sure this has done some form of subliminal messaging into me and combined with the fact that I normally try and go for the polar opposite of the army I last used, meant that it could only be Bretonnians.

Out of all the armies available in 8th, Bret’s were widely regarded as the bottom of the power level (probably just below Beastmen). That isn’t to say you can’t win with them but it is definitely more challenging to do so. Well I like a challenge in an army and no one ever accused me of picking armies based on power level!

To help facilitate some further inspiration for paint schemes I rifled through my old WD collection and found a couple of great articles. The first hailed back to the oldhammer age and WD 136, when I believe the (uncredited) Perry Twins wrote an article on Bretonnian heraldry, including colour schemes, how to link lineage etc. 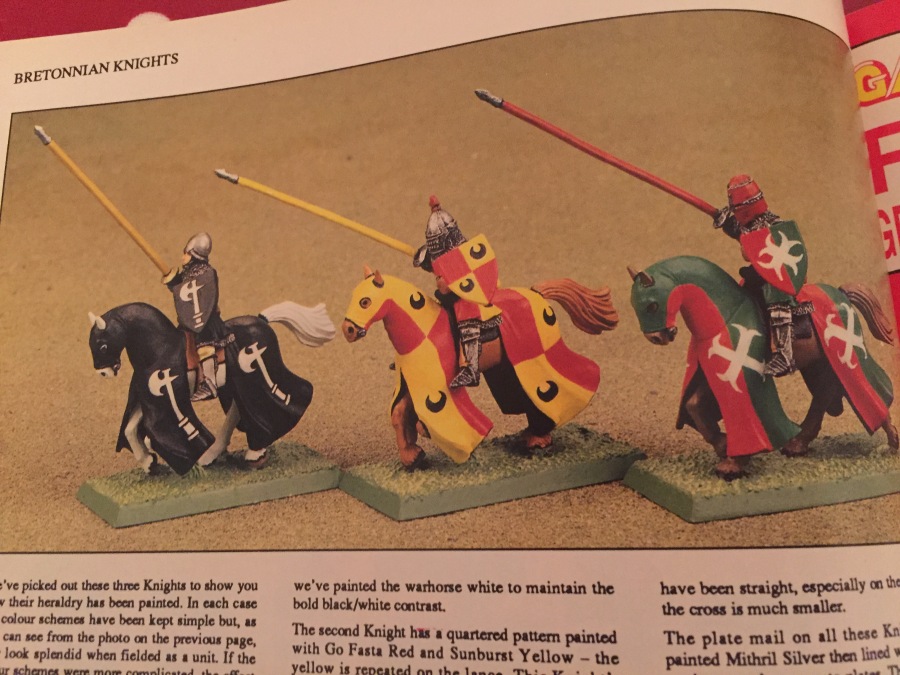 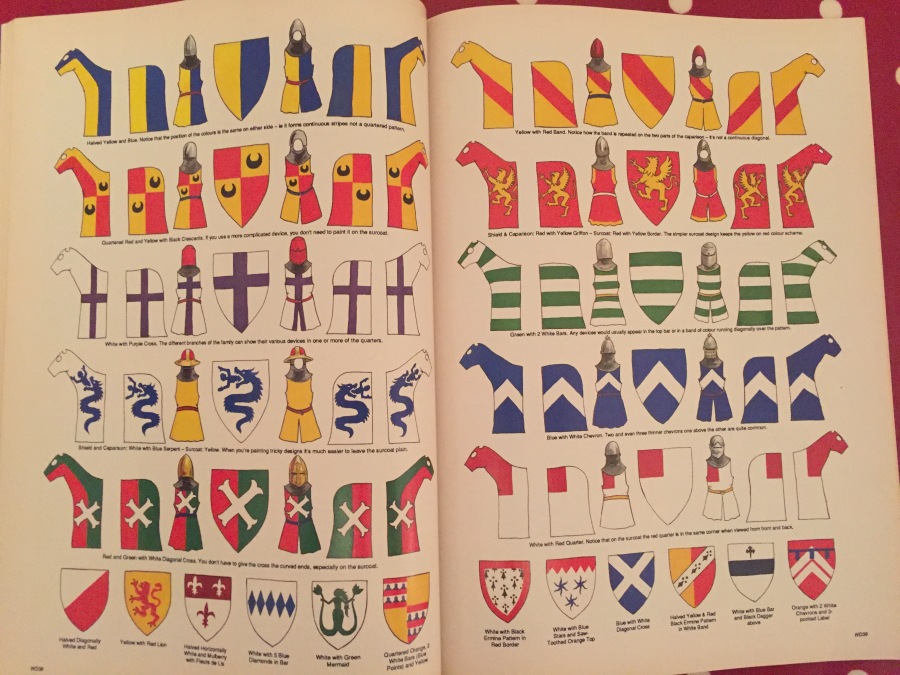 The next article actually spread over 3 WD issues but the below is from the 2nd one extract from WD220. In it the Nigel Stillman talks about building a fluffy Bretonnian army but what I liked is the painting of his knights errant in the same colours but all with different heraldry. 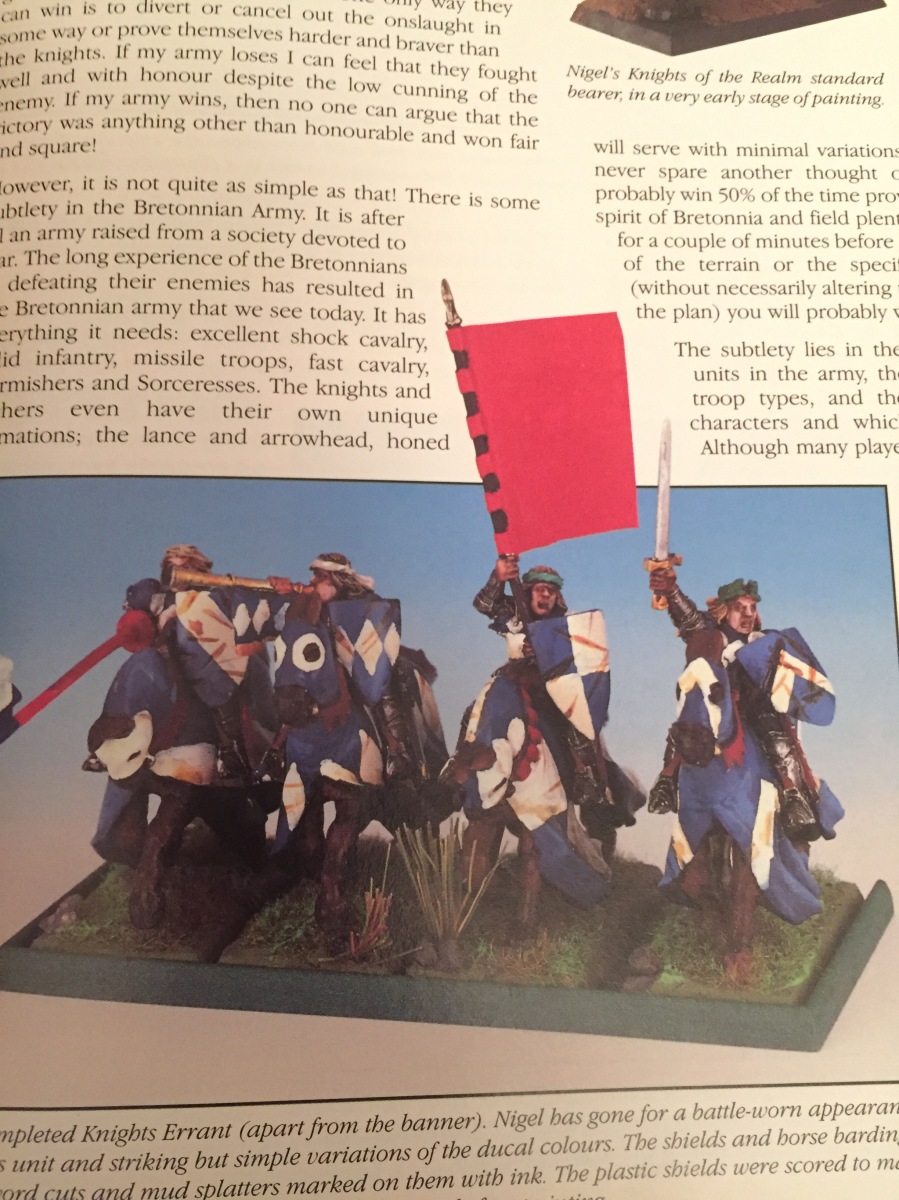 So I’m awaiting an order of 2 Trebuchets and 10 Questing Knights to arrive from Norba Miniatures (seriously their delivery times are less than impressive) but I have dug out my old 5th edition starter box models (22 archers and 12 KoTR) and picked up a substantial haul of knights from a club member including 18 knights (9 pre-painted) and 6 Grail Knights. Add to this a pre-painted BSB and Damsel (both to be touched up) I picked up on ebay and an unopened mounted and ‘on-foot’ damsel and I almost have a battle ready force. I really just need to pick up some Peg riders to be able to field a 2500pt force (although I did get 4 in a bargain on ebay, they went astray in the post, highly frustrating as I know they were sent, as I was tracking them. Still the guy did refund me with no hassle).

One thing I am already liking about the army is the low model count. Still, it is quite daunting thinking about the amount of effort it will take to paint them up. Still a break from wood elf green will be well received! 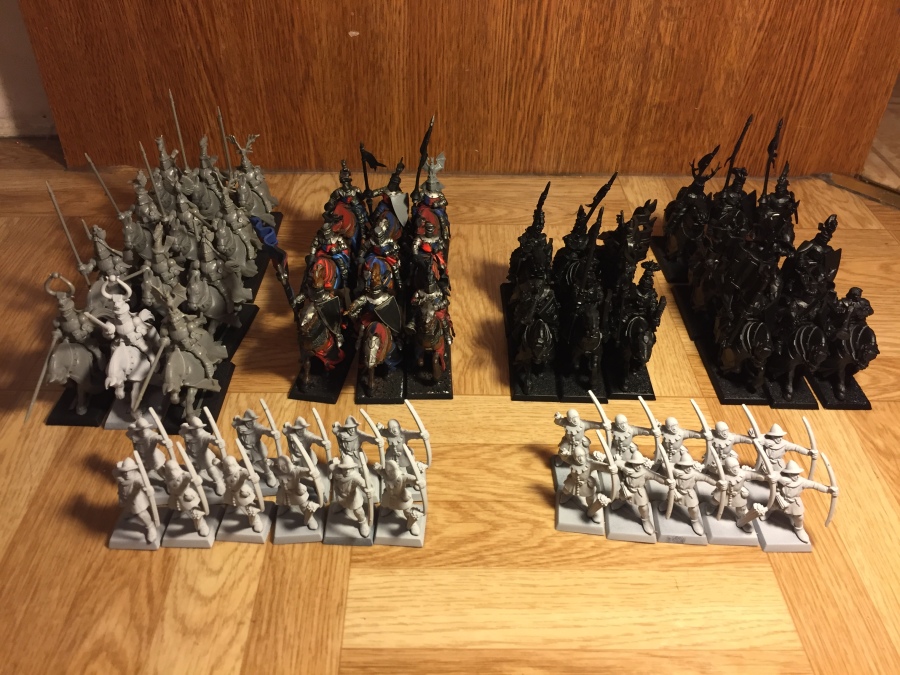 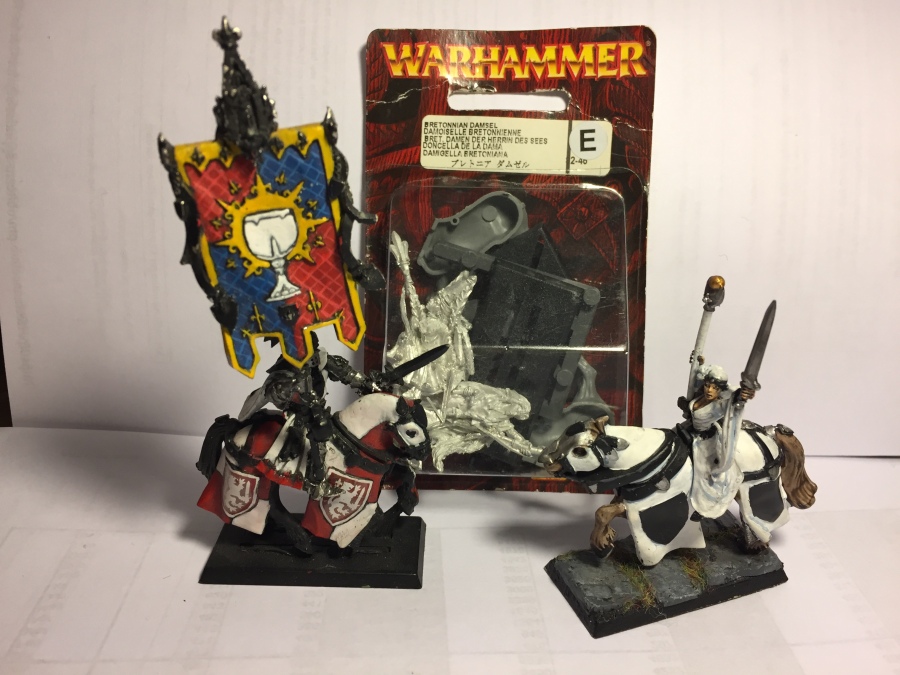