Today the club held their annual show at the Crystal Palace National Sports Centre in south London. The show is one of the largest in the south of the country with loads of clubs putting on demonstration games and a bucket load of traders in attendance.

Once again we ran a successful bring and buy stand.

My favourite comment of the day came from a lady jogging past who asked what was going on. We answered “a wargames show”. She answered “your joking right?” To which her friend answered, “no people actually do that!”

One thing that was very noticeable was that almost every display game was historical in nature (bar one for X-wing and one featuring Darleks). I realise that most of the traders are aimed at this genre (and someone mentioned that this is what the shown is known for) but I think there were more traders this year that weren’t just historic and so it would have been nice to see something different, maybe Malifaux or a large game of 40k, KOW or whfb as it would help promote some of the products they were selling so maybe ensuring they book again next year and having a diverse range of games on display would mean there was something for everyone (and 40k is very popular with the youngsters, so might encourage them to come again and bring some friends thus ensuring the next gen continue the trend of coming to shows).

Photos of the day are below.

Even at 7 in the morning it was a beautiful day. 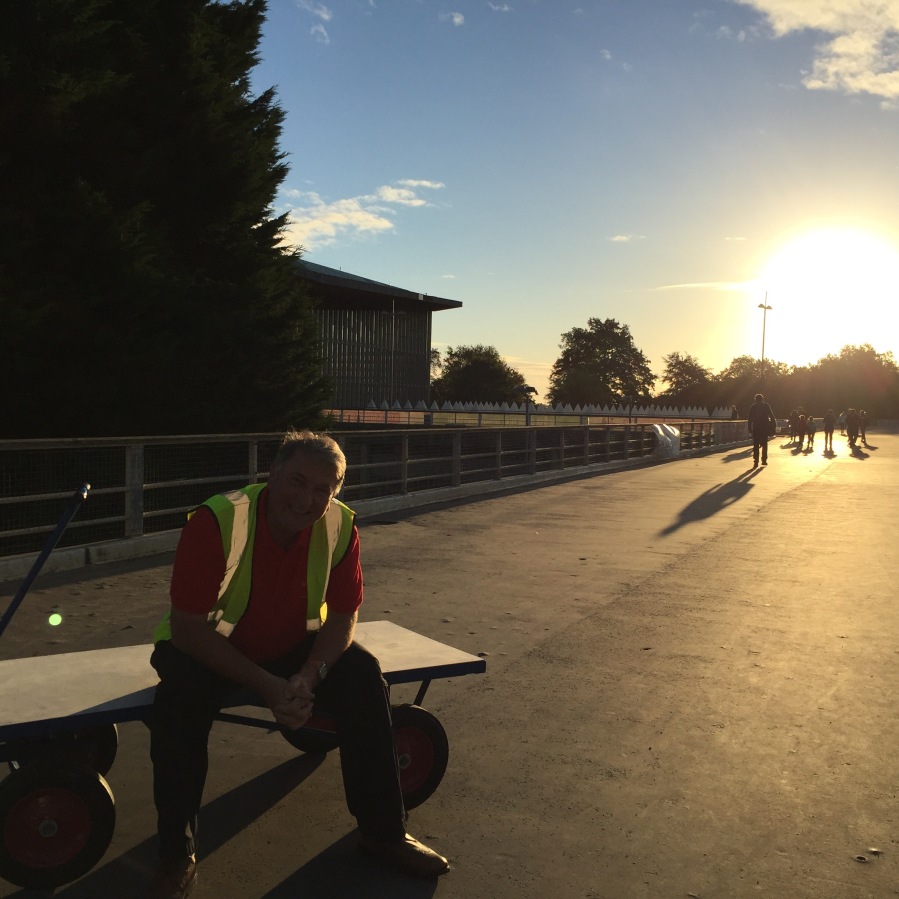 Possibly my favourite game of the show, Darleks vs Cybermen. 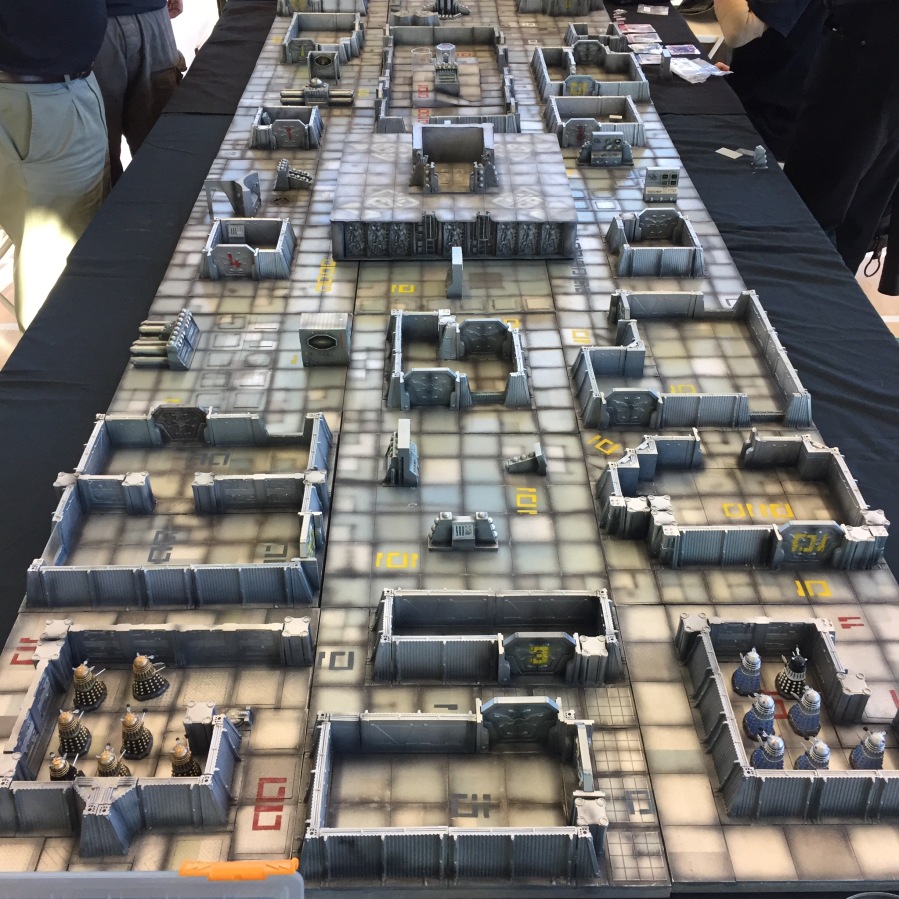 The Saxons line up to defend against the Norman invasion in this 1066 enactment.

Club members working hard on the bring and buy stand.