Daunted by the thought of having to paint 40 odd bestigors and 60 gor, I’ve continued my procrastination and avoided them by painting up the more fun items.

The Ghorgon (and the model I’m using for the Razorgor) were from Meirce miniatures and after the compulsory bath in warm soapy water and trimming of the bits where the resin was injected, they went together very easily and pretty snugly.

I own very few empire models but if I did ever build an army (or regiment or two) I always imagined using a blue and yellow scheme, so thought I’d try it out on this model. The colours also contrast well with the browns. The rest of the Ghorgon follows the paint scheme used on the Minotaurs.

As always after taking the pictures I realised I hadn’t completely finished the model and needed to give the  empire man’s beard a wash and add some grass to the base. 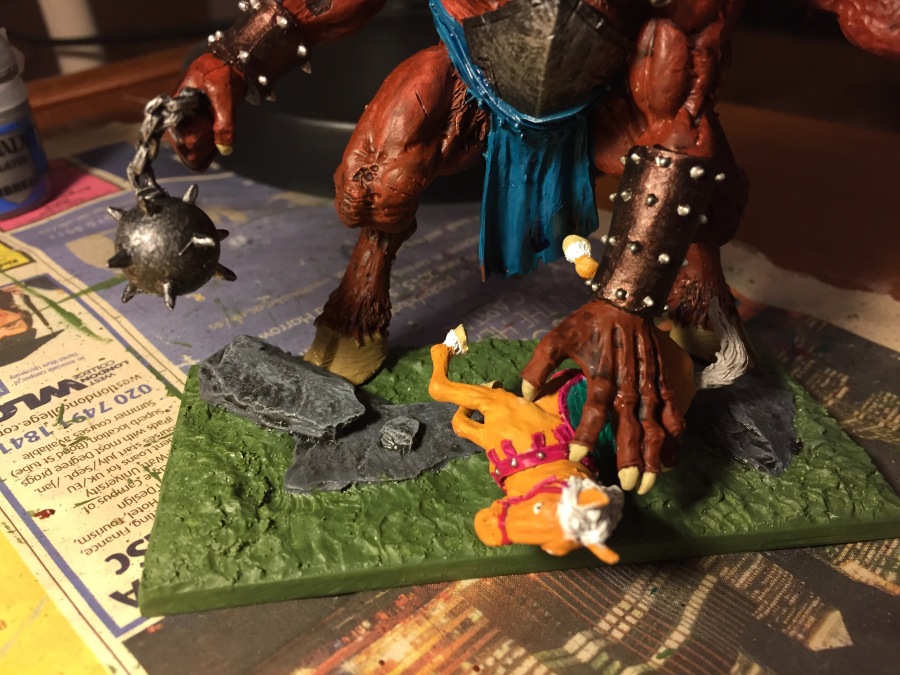 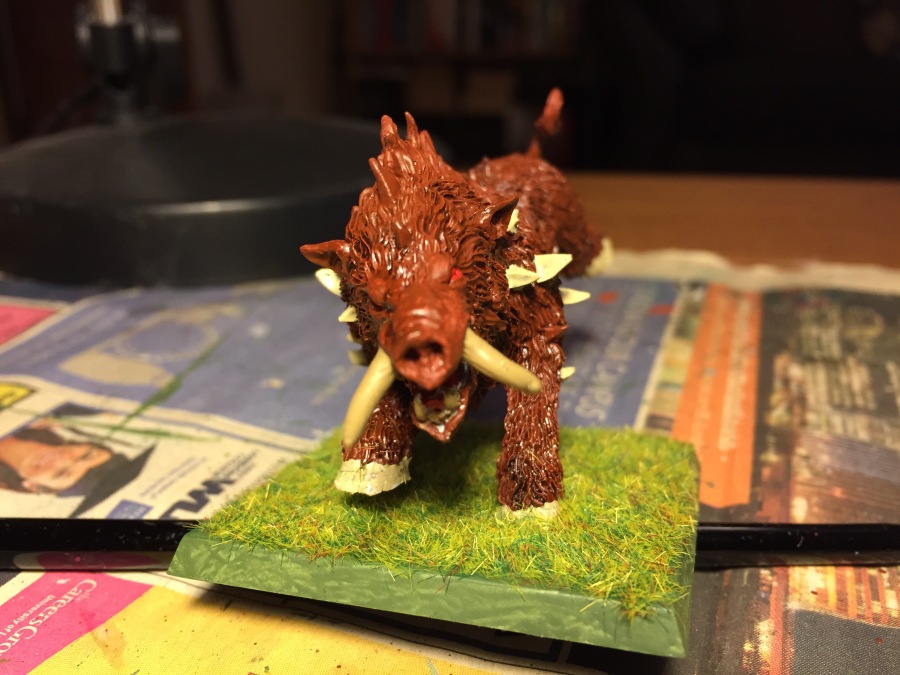